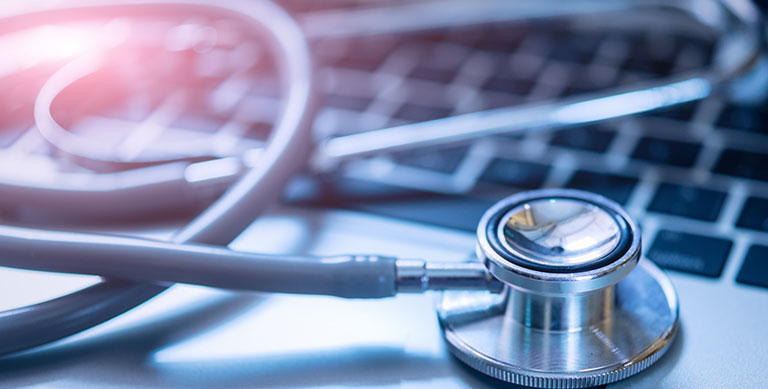 Peyronie’s disease occurs when areas of hard scar tissue called plaques form on your penis, just below the surface of the skin. In fact, you might be able to feel them.

Technically, the plaques form on the tunica albuginea, the “wrapping” that surrounds the erectile chambers, your corpora cavernosa (two spongy cylinders that fill with blood when you have an erection). The corpora cavernosa sit “on top” of the urethra and the surrounding corpus spongiosum where urine and semen flow. The tunica albuginea that covers the corpus spongiosum is not as thick as that covering the erectile chambers.

When plaques form, the penis becomes less flexible, and you might notice a distinct bend in your penis when it’s erect. Sometimes, the curve is slight and not much of a problem. But in other cases, it’s severe enough to make intercourse difficult. Some men with Peyronie’s disease can’t have intercourse at all.

Fortunately, there are treatments available, and we’ll go over all your options with you.

Scientists aren’t completely sure what causes Peyronie’s disease, but many experts believe it’s a wound healing disorder. In other words, you might have injured your penis and it’s having trouble healing. How might an injury happen? It could be from especially energetic sex that might bend your penis. But it can also happen if you’ve had some kind of penile trauma, such as from an accident or a sport injury.

Men with connective tissue disorders (such as Dupuytren’s contracture) may be at higher risk for developing Peyronie’s disease. It might also run in families.

What are the symptoms of Peyronie’s disease?

The curved penis and plaques are the most obvious symptoms of Peyronie’s disease, but there are others as well:

Peyronie’s disease can affect men emotionally and psychologically, too. Having a sexual problem can be distressing. You may feel embarrassed by the curve and anxious about the cause. If you have a partner, you may worry about your ability to sexually satisfy them. If you don’t, you may have concerns about dating and sex with a new partner. If you sense changes in your relationships, you may feel depressed, confused, or frustrated.

Many men with Peyronie’s disease don’t seek treatment because they feel ashamed. But remember, as urologists, we see a lot of delicate conditions, and are here to help.

Note that Peyronie’s symptoms typically emerge over time. It can be helpful to consider Peyronie’s occurring in stages.

What are the stages of Peyronie’s disease?

The treatment path we take depends on the stage of your Peyronie’s disease.

The active stage usually lasts between 5 and 7 months, but may be longer for some men. Your symptoms can change during this time, too.

By the stable stage, the situation settles down. In fact, we consider you in the stable phase once your symptoms have remained unchanged for at least 3 months. Here’s what you might expect during the stable stage:

It may take 12 months or even longer to have stable disease.

How is Peyronie’s disease diagnosed?

When you come see us, we’ll start by asking you about your medical history, especially about your penis health. We’ll want to know if you have any pain or distress. We’ll also ask you about sex and whether you can penetrate a partner. These questions might sound intrusive, but the answers help us determine the right treatment path for you. So it’s important to be completely candid with us.

We’ll also do a physical exam and check your penis for plaques. We will also plan an intracavernosal injection test (also called an ICI test). For this test, we’ll inject medicine that induces a short-term erection. Since the curve associated with Peyronie’s disease happens when your penis is erect, the ICI test will give us a clearer picture of your situation. (Note: The ICI test might not occur at the same time as your physical exam.)

You might also have a duplex Doppler ultrasound. This imaging test uses sound waves to show us where the plaques are and how well blood is flowing in your penis.

It might help us to take pictures of your penis, too. Photographs can help us monitor your progress. Rest assured that we will never take photos without your permission, and any photos we do take will remain private and secure.

How is Peyronie’s disease treated?

Do all men with Peyronie’s disease need treatment? Not necessarily. If you’re situation isn’t causing you any distress and you can still have intercourse, you may decide to wait and see what happens. Also, some cases of Peyronie’s disease resolve on their own. This isn’t that common; it happens in about 13% of men. But for this reason, we usually start with more conservative treatments during the acute stage.

Injections have a good track record for success in many men. Medicine is injected directly into the plaque. You’ll be given a numbing agent beforehand, so you shouldn’t feel much. The specific medication we’ll inject will depend on the particular characteristics of your case.

This treatment is typically used for men who have stable disease and curvature between 30 and 90 degrees. In the United States, CCH injection therapy is marketed under the name of Xiaflex.

Collagenase is an enzyme that helps your body heal wounds. As a Peyronie’s treatment, it can help break down the plaques on the tunica albuginea.

This route takes time. We generally give CCH injections in cycles over the span of several months. During the first cycle, you might have 2 injections during one week. Then, you’ll take a 6-week break with no injections. Then, you’ll have another 2-injection cycle, take another break, and so on. Most men receive 4 cycles, but additional cycles can be scheduled as needed.

Sometimes, CCH treatment is combined with a technique called modeling. At this time, we’ll gently stretch the penis into a straight position with our hand and hold it in place for 30 seconds. We might give you modeling exercises to do at home, too. We’ll teach you how to do them.

Side effects of CCH injections may include bruising, swelling, pain. Penile fracture, while not common, is also possible. Call us immediately (or go to your local emergency department) if you hear a “popping” sound or experience severe pain, bruising, swelling, difficulty urinating, or a sudden inability to maintain an erection.

Interferon is a protein that may break down the plaques. Side effects of this approach are sinus infections, flu-like symptoms, and minor swelling.

Verapamil is a drug that is usually used to treat high blood pressure. Side effects of this treatment include bruising, dizziness, nausea, and pain at the injection site.

Some men benefit from penile stretching devices, either on their own or in conjunction with other treatments. (This method is also called traction therapy.) Specific instructions depend on the model used, but typically men wear the device on their penis for a specified period of time, from 30 minutes to several hours. The stretching device pulls the penis into a straight position and holds it in place. Studies have shown penile stretching to be safe and effective, with few side effects. We will show you how to use your device correctly.

One example of a penile traction device is Restorex. This device allows you to straighten the penis and bend it in the opposite direction of your Peyronie’s curve. The device clamps on to the flaccid (not erect) penis, and you control the amount of traction and bending desired. If you use Restorex, you’ll start your traction session by wearing the device in a straight position. After a specified time (up to 15 minutes), you’ll adjust it to an angled position. Depending on your situation, you may have up to an hour of therapy time each day (for example, two 30-minute sessions). For greater comfort, you might wrap your penis with gauze before clamping the device.

It can take some time to get used to using a penile traction device, but don’t get discouraged. We are here to answer all your questions.

If your curvature is severe, you might need surgical treatment. Typically, surgery is not recommended until Peyronie’s enters the chronic stage, when symptoms have stabilized. This could be several months after your diagnosis.

Depending on your situation, we may recommend one of these 3 surgical approaches:

This method involves placing sutures on the plaque-free side of your penis to straighten it. There are a couple of ways to do this. One is to cut out a small piece of tissue and stitch the area closed. Another is to fold over the tissue and suture it in place. Both of these techniques pull the penis into a straight position. The advantage of this technique is that the erection’s quality is not typically affected. The disadvantage is that although the penis gets straightened, the side without the plaque gets shortened to make it the same size as the affected side.

With this technique, we cut into the plaque and stretch the penis out. Then, we fill the area with tissue called a graft. Graft material might come from another part of your body or from an animal. We might also use a synthetic material as a graft. The grafting approach is usually recommended for men with more severe cases of Peyronie’s disease. The advantage is that length is preserved. The disadvantage is that there is a higher rate of future erection problems or, rarely, sensory changes, as compared with the plication techniques.

A prosthesis is a medical device that allows you to have an erection. If you’ve developed erectile dysfunction, this might be an option for you.

During an implant procedure, we place inflatable cylinders that get filled with saline into the corpora cavernosa (the spongy cylinders in your penis that normally fill with blood to make a firm erection. In this way, the penis stays erect. The penis can be straightened during the operation after placement of the cylinders (modeling procedure). We also place an easy-to-access pump in your scrotum.

When you want to have an erection, you simply press a button on the pump, and the cylinders inflate with fluid that is stored in a special reservoir. When you are finished with sexual activity, you can press the button again and the cylinders deflate.

The process might sound cumbersome, but most men are highly satisfied with their prostheses. For many men, sexual sensations, orgasm, ejaculation don’t change, and sexual partners often can’t tell that a man has a prosthesis.

After your surgery, we’ll give you detailed information on what you can expect during recovery and when you can have intercourse again. If you have any questions, just give us a call.

Another option for treating Peyronie’s-related pain is extracorporeal shock wave therapy (ESWT). With this approach, urologists use a special device to deliver shock waves to the plaques. (Extracorporeal means “outside the body.” The device will be outside your body at all times.) Past studies have reported side effects like pain during treatment, hematoma (similar to a bruise), and petechiae (small, round purple spots that form on the skin when small blood vessels bleed). However, these side effects went away on their own.

According to Peyronie’s disease treatment guidelines set forth by the American Urological Association (AUA), ESWT may be appropriate for the treatment of penile pain, but it is not recommended for decreasing penile curvature or reducing plaque size.

“Generally, how satisfied are men with their penile implants?”
https://www.issm.info/sexual-health-qa/generally-how-satisfied-are-men-with-their-penile-implants/

The Journal of Sexual Medicine

“Having CCH Injections for Peyronie’s Disease? Don’t Give Up!”
https://www.smsna.org/patients/news/having-cch-injections-for-peyronie-s-disease-don-t-give-up